Psychology: Art, Science and the Paradoxes of Perception 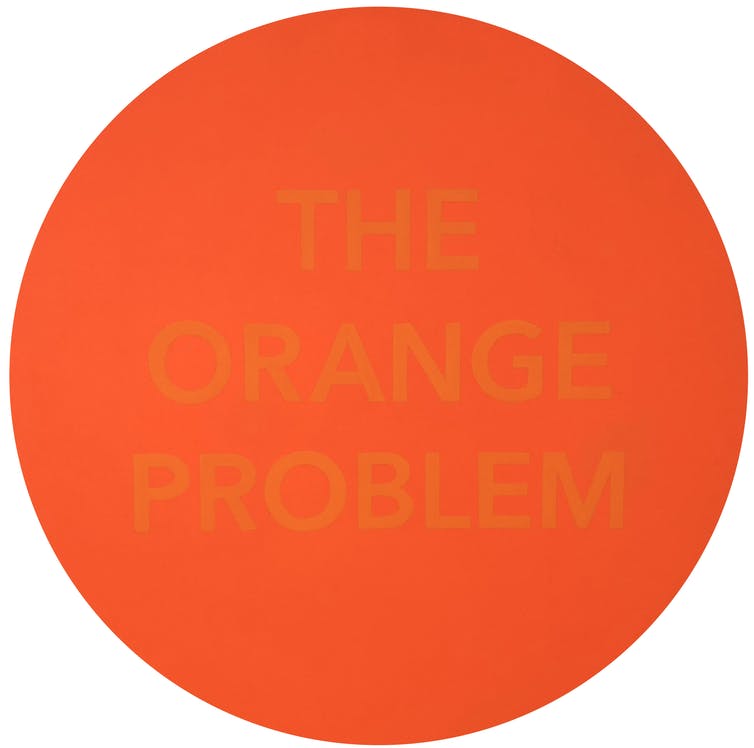 Art, Science & The Paradoxes Of Perception

Perception is utterly baffling. We can precisely describe the biological structure of eyes and brains. We can measure the electrochemical impulses and electrical fields generated by neurons. But reason fails us when we attempt to explain how these physical processes cause all the vivid colours, textures and objects that appear in visual perception. In fact, perception is so perplexing that we can find ourselves pushed to the edge of rational thought – and beyond – when we try to understand it.

My recent article in Art & Perception uses works of art to demonstrate that visual perception – and representations of the visual world – involve mind-stretching paradoxes and logical problems. One of the best examples in the history of art is René Magritte’s The Treachery of Images, which insists that we are not seeing what we see. 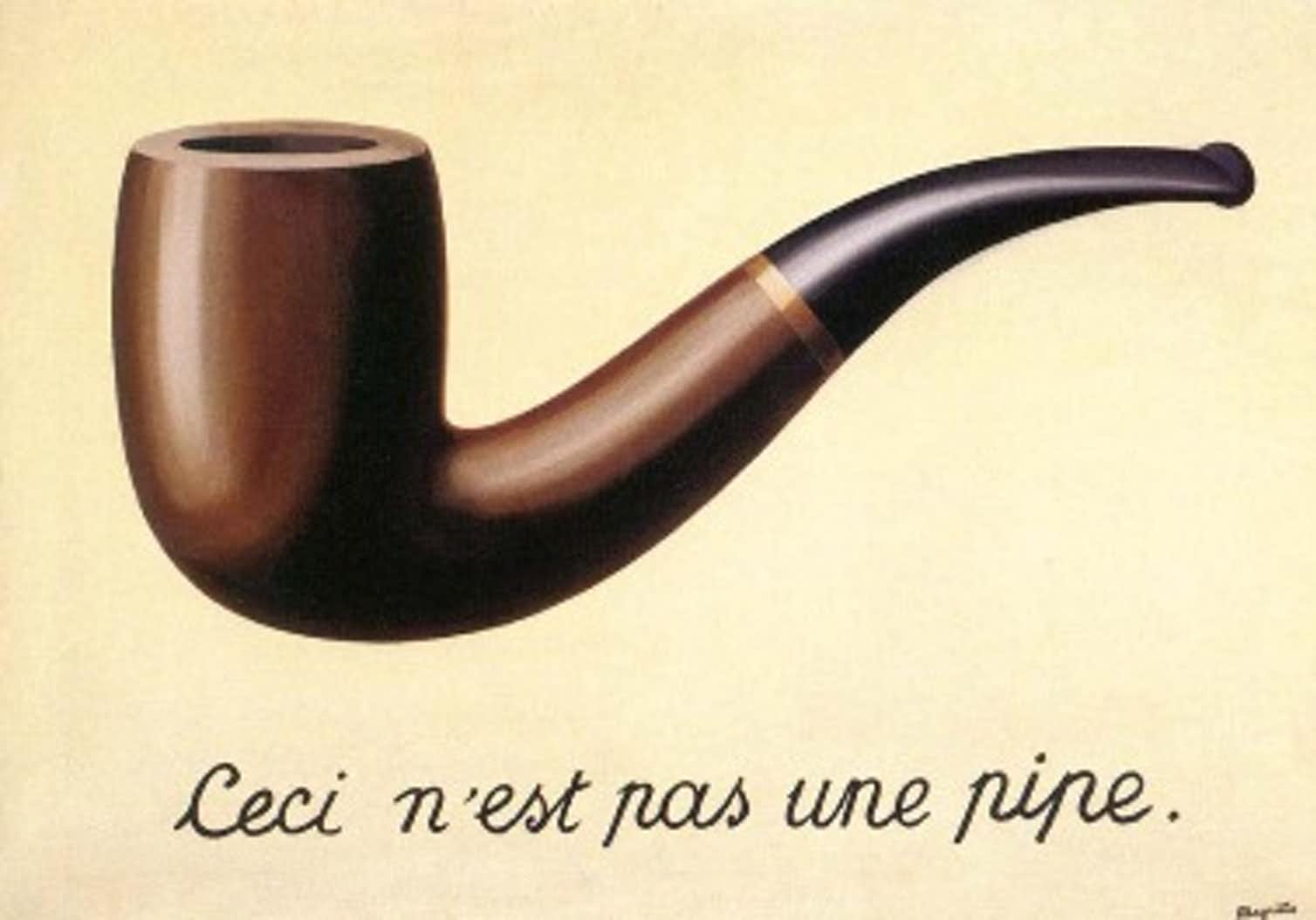 Works of art can reveal the bewildering conceptual conundrums at the heart of apparently straightforward visual experiences of the world. Here are some examples. 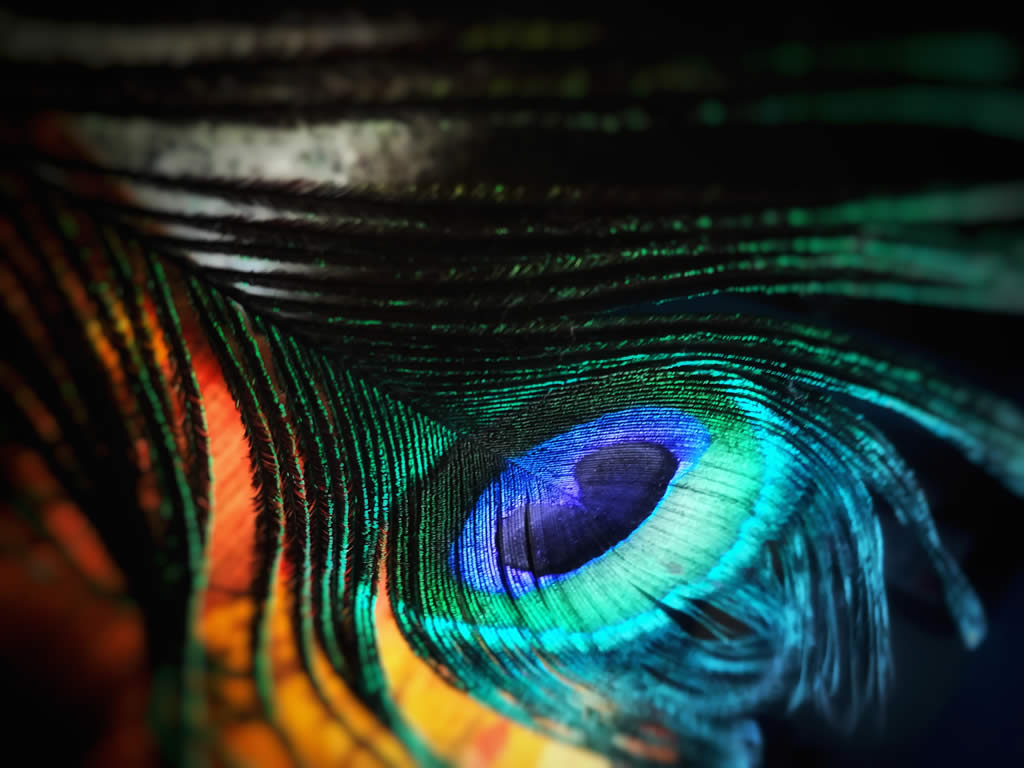 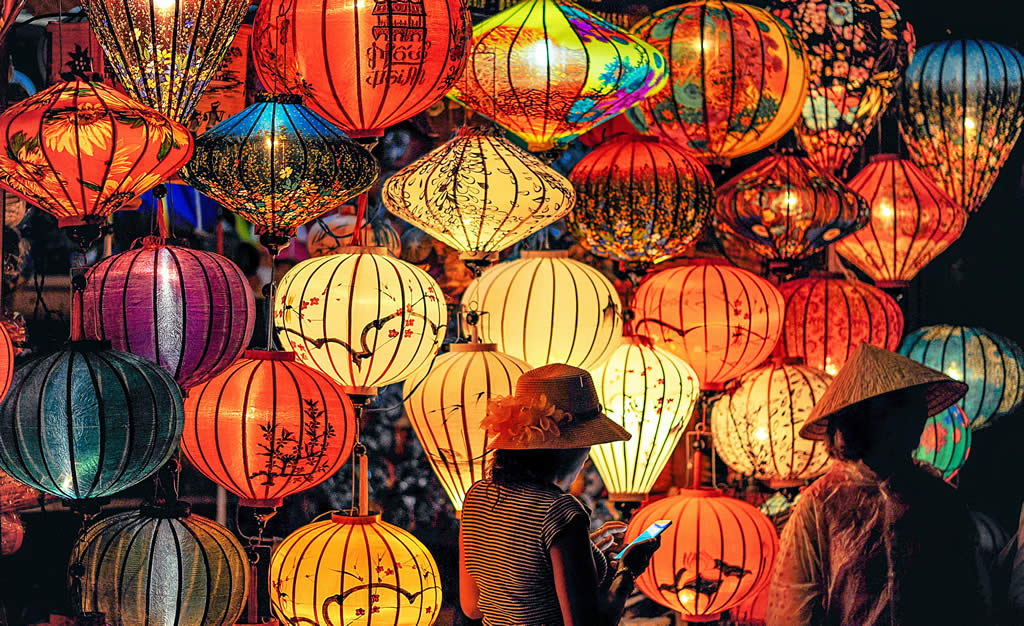 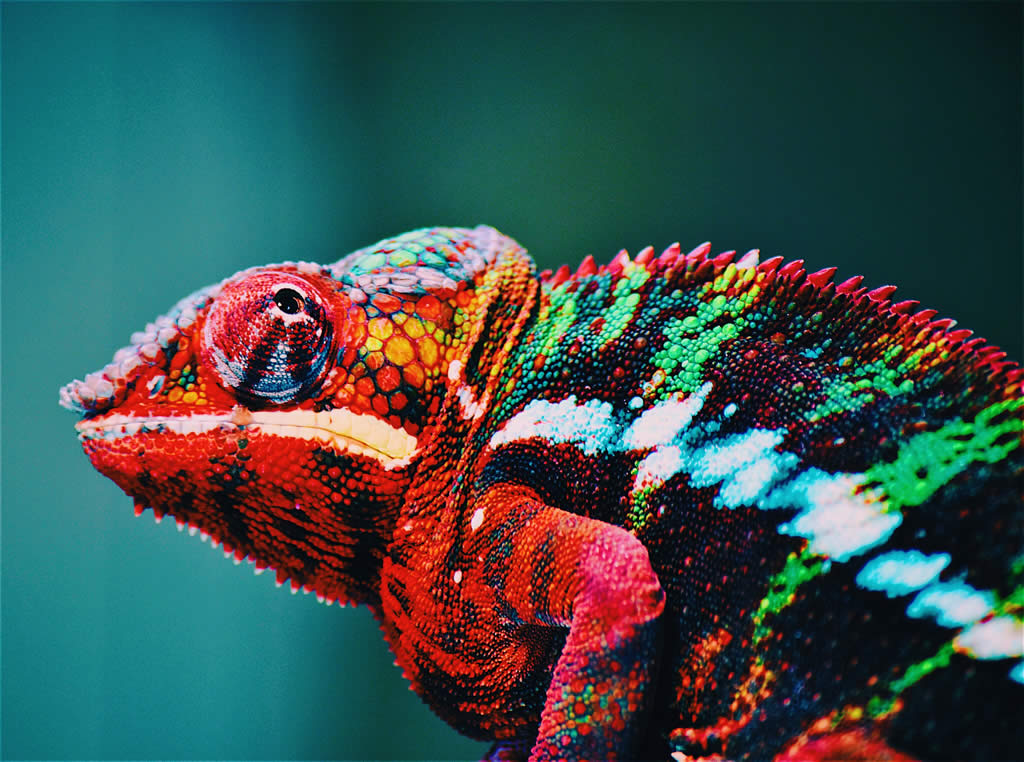 The painting at the top this article is called The Orange Problem, and the problem it poses is “where is orange?” It is painted with intense, almost fluorescent, pigments that mainly reflect light waves in the 635 to 590 nanometre range of the visible spectrum. But neither the paint nor the light it reflects are actually orange. Surprisingly, the painting as a physical object is colourless – objects reflect only different amounts of light energy. It is our nervous system that interprets these different amounts of energy as the colours we see.

One of the first to appreciate the implications of this was the pioneering neurobiologist Johannes Müller in the early 19th century. He discovered that all qualities of sensation such as colour, flavour, smell or sound are the product of identical electrical impulses travelling through the nervous system. Yet we still have little idea how these impulses create our colour sensations, or indeed if we all experience the same sensations. (The recent controversy over “The Dress” suggests we don’t).

So if orange belongs only to our nervous system, then to which part exactly? Cut open a brain, scan it with the best available devices, and you will find no “orange-ness” among the cells and impulses. Paradoxically, the orange of the painting is right in front of us, but is nowhere to be found.

Where are the objects we see? 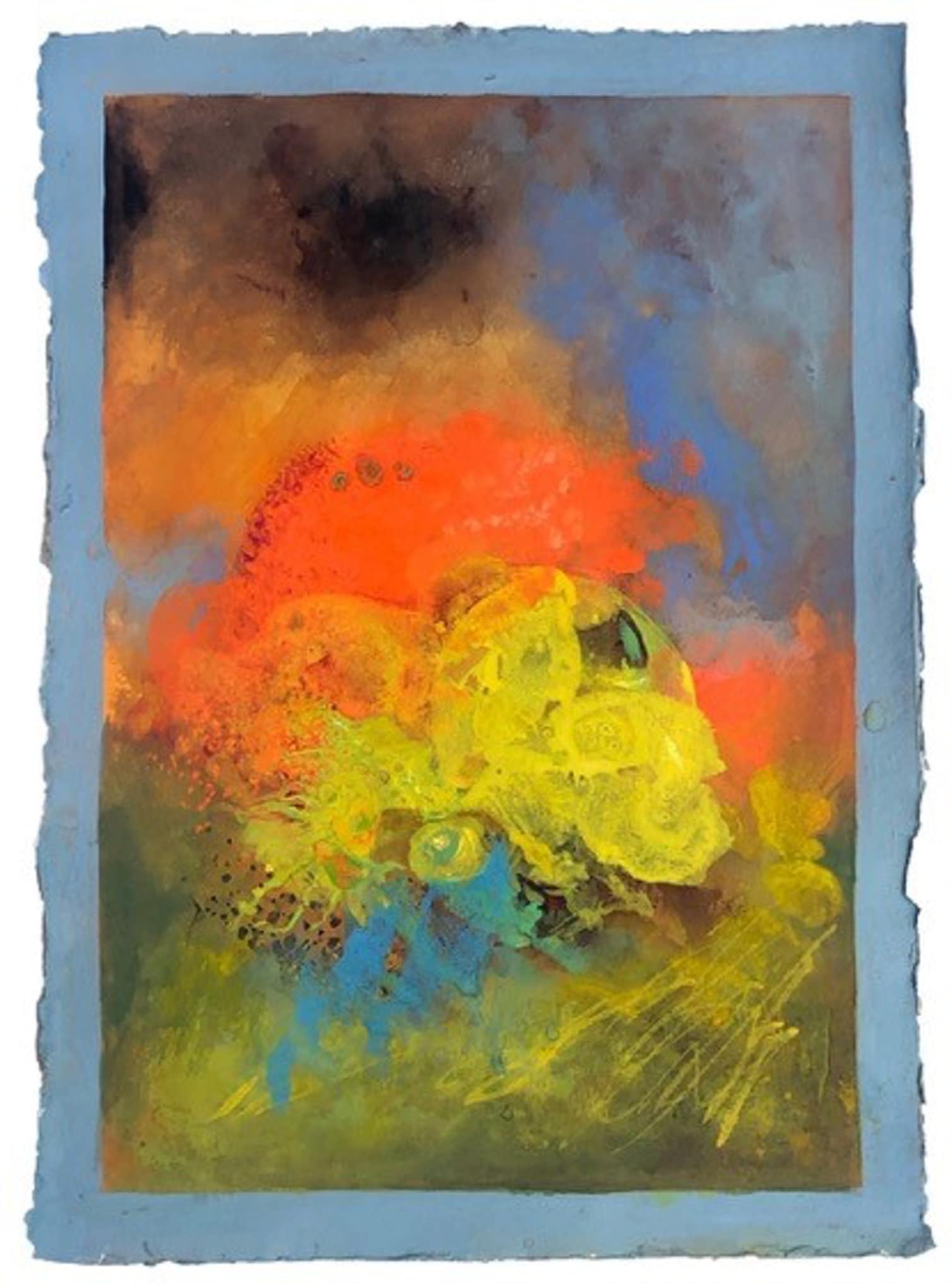 You are probably unsure what On the Edge depicts. In the absence of an obvious meaning you may find yourself scrolling through options in your mind, searching for objects that “fit” the clues (is it a sea creature or some kind of cosmic storm?) If so, you are experiencing at a slow pace what usually occurs so quickly that you never notice it. Your visual system is working to match its input with your prior knowledge to arrive at the best guess of what is being seen.

Even before this matching can occur, an enormous amount of processing has already been done by the visual system, in the retinae and in the cortex, to build up a perceptible image from “primitive” elements such as edges, corners and contrasts of colour and brightness.

The fact that the visual system has to do all this work before we can recognise an object shows us that the objects we perceive are not just “there” in the world. They have to be meticulously created within our neurobiology in order to exist for us. But again, cut open a brain, probe its neurons, and you will find no sea creatures or cosmic storms, only electrochemical activity. Objects, like colours, are tangibly real yet are also untraceable figments of the mind – a contradictory state of affairs.

We are the world we see 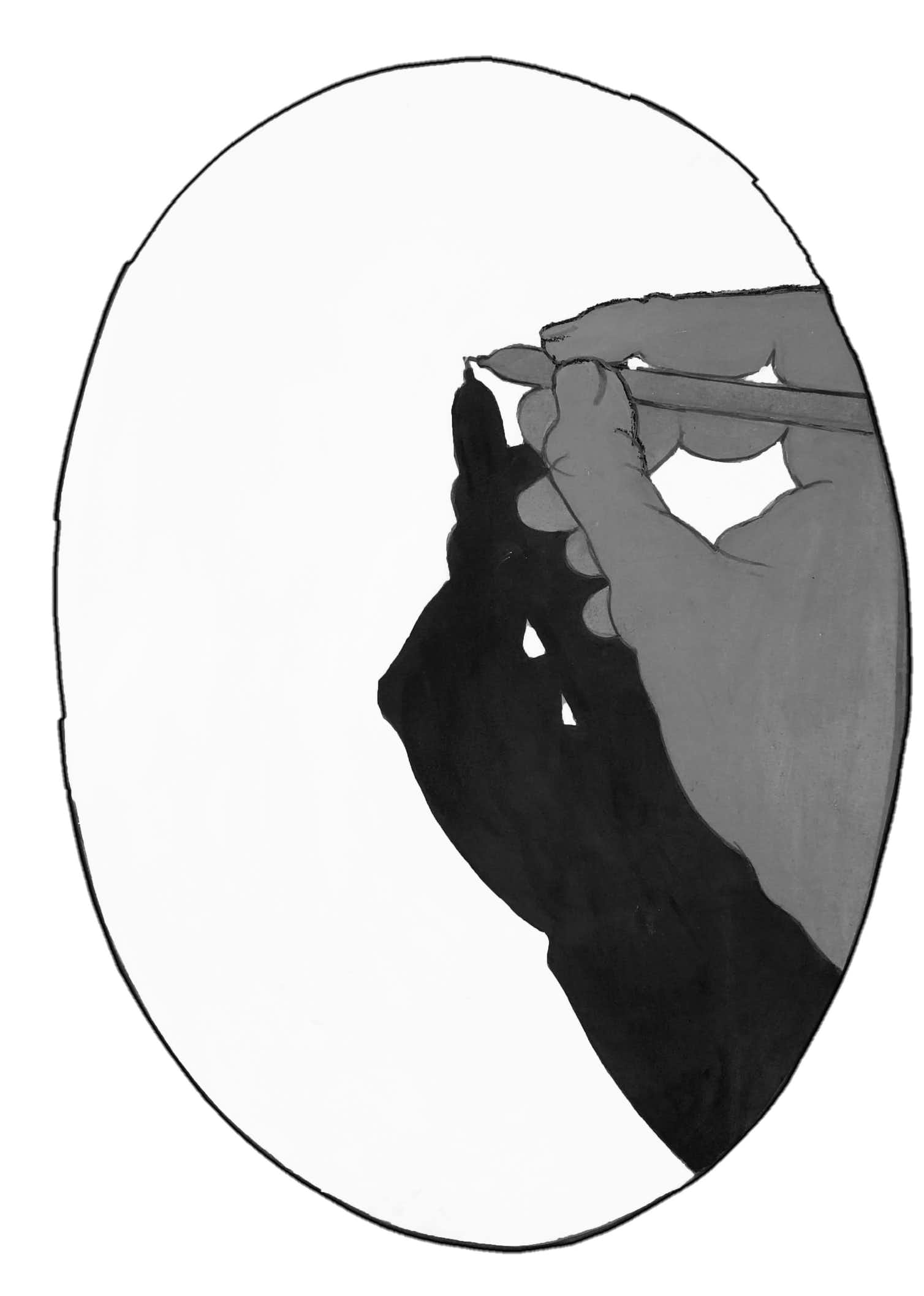 In the picture Drawing drawing you see a hand holding a pencil casting a shadow on some paper. But that is not quite true. What you really see are lines and patches of dark and light. We might say that these lines and patches, which are present, conjure up things that are absent. As with all depictions, the objects we see depicted are simultaneously there and not there – which, as Magritte pointed out, is contradictory. “Pictures are paradoxes” said the eminent vision scientist Richard Gregory.

This picture also refers to itself, and to the process of its own making. The pencil lead with which I made the drawing and the paper on which it is drawn are both real lead and paper and representations of themselves.

All this might be dismissed as mere artistic eccentricity were it not for the fact that it exposes a remarkable property of our perceptual faculties. For if we run into logical problems conceiving of how something might be present and absent, or one thing and another simultaneously, we have no trouble perceiving it. Perception seems to take contradiction in its stride.

And, in fact, we must accept that all perception is self-referential. When you or I look at the world we never see it “in itself”, contrary to appearances. What we actually experience is our own perceptual reconstruction of the world. Just as the drawing shows my hand in the act of drawing itself, so perception shows us in the act of perceiving ourselves.

The mind and the world outside

The full sublimity of these problems takes some time to sink in. Unless you are feeling slightly dizzy you are probably not thinking about them hard enough. But if you are interested in how our minds work – and in the relationship between mind and world – then they cannot be avoided. Like it or not, perception and depiction throw up cognitive conundrums that push beyond the limits of conventional logic.

This is something that many artists have intuitively understood, which is why we often find expressions of paradox, contradiction and self-reference in the history of art. Combining such insights into the nature of perception and depiction with the rational investigative tools of science may be helpful – even necessary – if we are to meet the giddying challenge of explaining how we see, and how we see pictures of what we see. 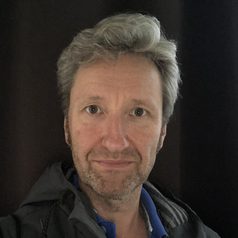 Robert Pepperell is an interdisciplinary researcher who works between art, science, and philosophy. He has published research in the fields of art history and theory, neuroscience, perceptual psychology, computer science, and philosophy of mind. He current leads FovoLab (www.fovography.com), where methods from art and science are combined to investigate the nature of visual experience and how it can be represented.