Episode II: From Mamfe To Berlin With Visions & A Suitcase of Kaleidoscopic Dreams

Prelude I: Life In Mamfe Before The Journey To Germany

The Reality: Organised Lovelessness & The Philosophies of Exclusion…

We Came Here To Contribute, To Share & To Also Participate…

A sudden synchronous chorusing of thousand of birds and the humming of millions of insects from the distant rainforest floated into the town, announcing the start of a new day. Arising quickly out of deep sleep, the crackling sound of twigs, the rustling of leaves and palm fronds greeted a young Rae, as he step outside of his family home to witness the break of dawn. This was not a ritual per se, but an intense sensitivity towards life that always got him awake at this time of the day.

A gust of warm winds suddenly blew gently across the land, rustling the tall palms and mango trees, eliciting crackling aural responses in return, it’s sudden emergence seemingly out of nowhere, engulfing the environment with a warm glow, stirring and transporting the passionate and persuasive fragrance of mango fruits in the acme of their maturing phase, to announced the early dawn with a hearty, pleasant and satiated feel.

This deep and stirring aromas of the Earth are particularly characteristic of this time of the year when trees are fecund and blossoming. It was a welcoming atmosphere for the youngster who had just woken up to step outside and take a bath for another day of schooling. The awakening fragrances of the trees evoked tender sensations of a wellness of being, within his young mind, intimating abundant nourishment and talking directly to the olfactory senses whilst connecting everything within the vicinity into an interlocking universal effervescent ecosystem. It was an exuberant intimacy with the atmosphere that stretched from the tiniest living forms basking on the glowing morning leaves into the infiniteness of those abounded spaces that were populated by luxuriant undergrowths, stout dwarf palms, solitary coffee trees, cocoa and an ocean of variegated unnameable flora.

Each night just before the dawn breaks, it would seem as if the Earth in dialogue with the distant stars, under the moon’s watch, prepares different aromatic palettes to welcome every new dawn, with each one of those palettes carrying a potent and inviting textural and contextual imagery of fruits calling out to be tasted and consumed, thus ensuring that the continuity of their propagative life cycles is completed.

The pervasive scents of other wild fruits and plants seemed also to arise, to intermingle, and then to unfold and amplify their aromatic languages unto distant and unknown dimensions, such that any visitor coming into the area from a distance are already informed at the olfactory levels of their being, that here was a land of plenty, self sufficient to nourish and sustain the biological and mental integrity of its denizens.

The earthy scents of oranges, palm, African plums, bush mango, interwoven with the essences of luxuriant green papaya trees continued the welcoming morning canto of fruity smells with their seasonal cyclic commitment, which keeps this tropical monsoon environment welcoming to its inhabitants.  The living things within this area, are also ancient biological time dictionaries, from the deep folds of time and unfathomable history, each carrying with them the embedded codes and lexical references of distant epochs, eras and the present. The presences of these multifarious forms of living things, have been imprinting these amorphous spaces with their intertwining impressionistic histories, as visual mimicries and living evolutionary maps and stamps mirroring the individual biographies of all the small streams, rivers, valleys and hills of the town. All of their evolutionary historicities seemed to float mysteriously in the air and along with the rising sun which was coming up rapidly from the East.

The Sun’s rays were now piercing through clear skies, talking with an urgent immediacy and directly to the skin with multi-coloured layers of polychromatic tonal languages of light which enveloped and cascaded from the head to the toes, allowing the body to bask, breathe and awaken totally within its own organic intelligence and creativeness. 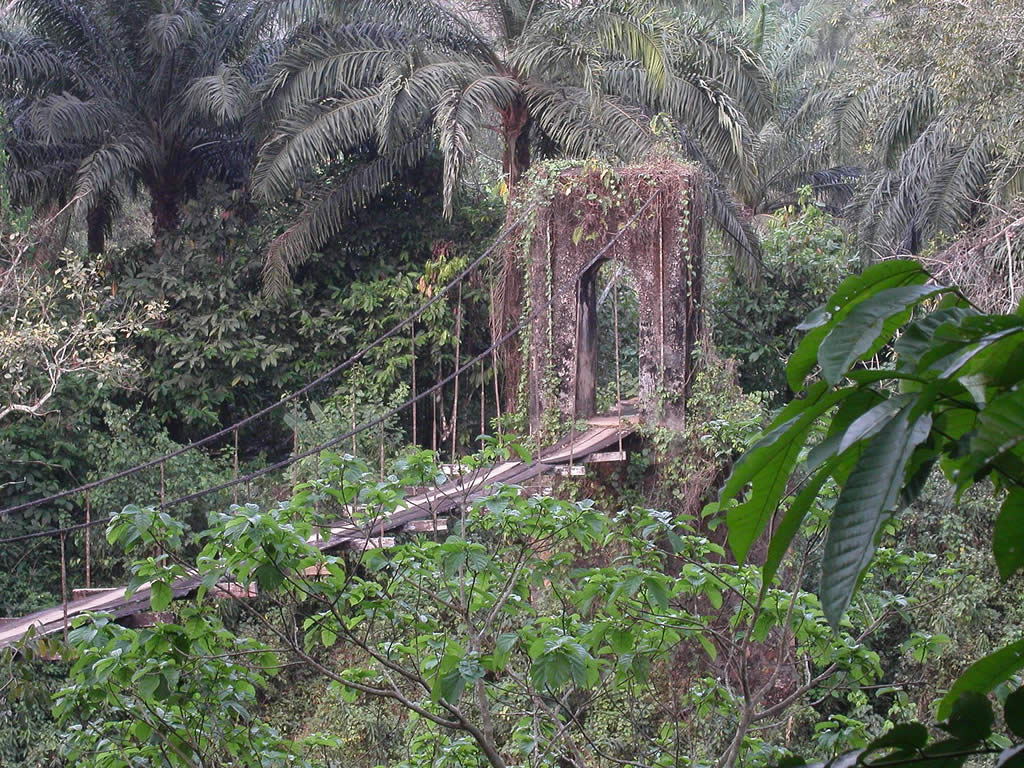 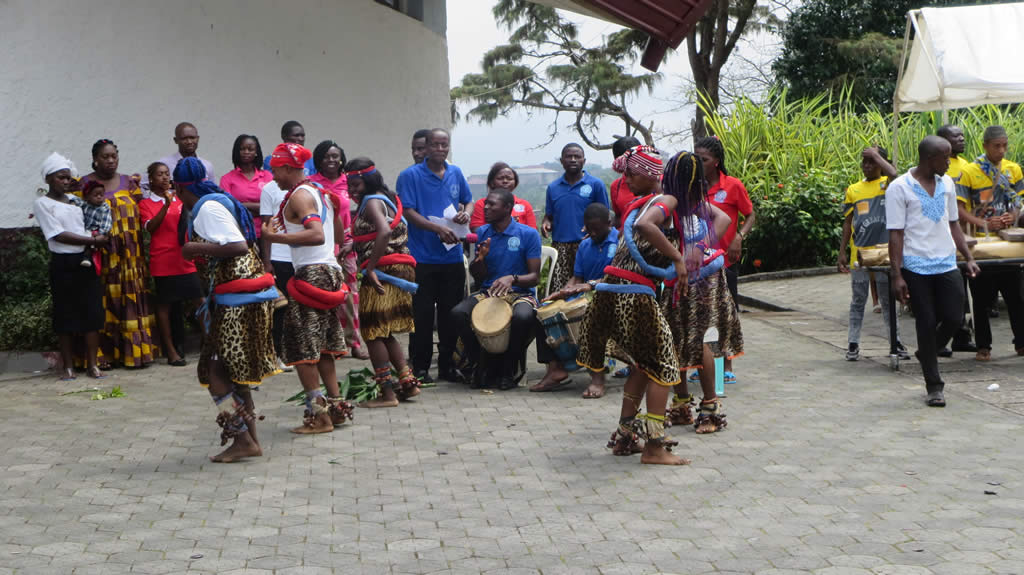 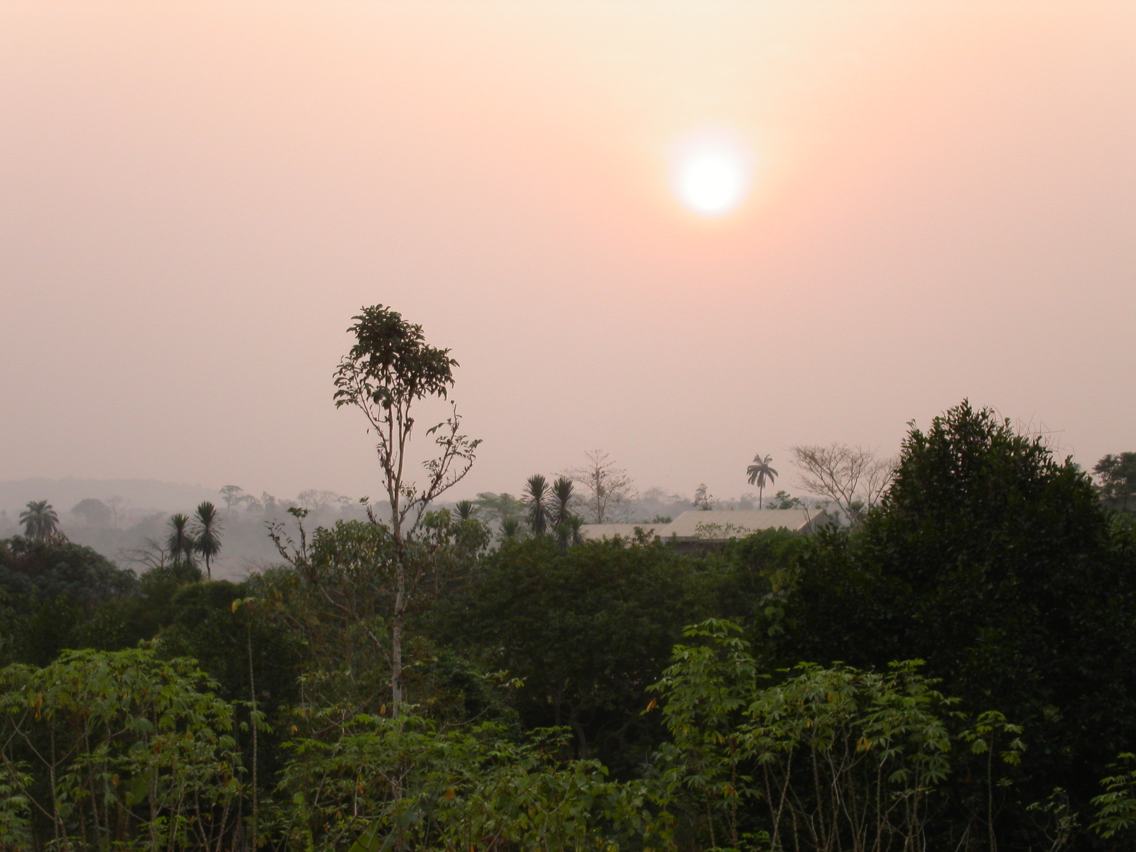 Here within this part of the country where nature flourishes with an exuberant symphonic wail almost all year round, with intervallic intensities and gradient crescendoes of different vegetative palettes, the intuitive intelligences of nature knows and connects directly with each living form, intimately at the organic levels of their being-ness and each being equally knowing nature in the idioms of their own adaptive fluidity and seamless malleability to environment, climate and energy sources.

A young Rae watched creation on this day as it was gradually awakening in all of its splendour and poignant efficaciousness. With a gentle smile on his face, he too would momentarily enter and exit the meditative flow of the Sun as it’s delicate saffron rays bath and alighted on the living things of the Earth.  Still in his youthful growing phase, bubbling with unbounded energies to explore the entire breath and width of the environment, the young Rae watched longingly at the few passing cars as all the young here do, with a heightened curiosity and an unwavering interest to understand how these magnificent marvels of human machines work and how they functioned. He watched with the delightful hope and inspiration to also one day make his own machines. Will that be possible? He mused to himself silently as he continued with a brisk pace on his way to the school.

Every time Rae, walked by the old German bridge which links the town of Mamfe to the outside world, he envisioned himself visiting that distant country of the bridge makers, to master and study the science of engineering, and precision machine work. Centuries old legends and stories of German marvels and engineering feats still linger here in the town.  The colonial legacy and imprints of the activities of the Germans whilst they were here a century ago, are still persisting and permeates deeply in this town where Rae was born and raised. This historicity is deeply embedded within the town’s psyche and engraved within the peoples’ mind as mythological lithographs of a mastery of the physical environment, maverick engineering feats that are interwoven with a mixture of myths and the practical aspects and challenges of everyday realities faced by its inhabitants. Precision engineering which can be seen in the old German bridge which has remain standing even after one century, enduring the hard tropical monsoon climate, is a constant narrative which the towns-folks will always like to remind its stream of constant visitors passing through the town. The bridge is a symbolic relic of the town’s connectedness to Germany. The remnants of other old architectural forms and building, still standing after a hundred years, also carry the histories of the colonial era at the turn of the 19th century. The name Mamfe was also given to the town by the Germans.  It is no wonder that many a child who is raised here comes to associate good education, engineering capacity with the Germans.

22 years later as a young adult, Rae will decide with the blessings of his family to travel away from the continent, to come to the country of his curiosity and interest. He came to Germany to further his studies with the intention of mastering the science of engineering and to also contribute something back to German society and then coming back to his own society with his acquired knowledge systems and skills.

Such was his eagerness, hunger and anticipation that when he landed here in Germany in the capital city of Berlin, he assumed that boyhood vision of becoming an engineer and a contributor to society will over a short period of time, be precipitated into  actuality, through education, hard work and diligence.

Unfortunately this vision and quest to acquire knowledge would be instantaneously decapitated and transformed completely into a nightmarish experience of living only within the confines of human made nebulae  of organised lovelessness, sustained cruelty, a norm carefully cultivated and reserved to specific immigrants from particular backgrounds and inflicted almost daily with a triumphant sense of sadistic satisfaction.

Young Rae would be taken away by German immigration police, incarcerated in a metal cage populated with other young immigrants of same age or much older, stripped completely of their basic human rights, kept like cattle, their freedoms of movement, association, social or educational mobility, regular human contacts with the rest of human society severely curtailed and restricted. Treated like suspected criminals even by the rest of the society, young Rae will bid his time patiently and when opportunity came calling after a few years, he voluntarily left Germany, to travel elsewhere, to pursue his original boyhood dreams.

In this second episode of Tell Us Your Story,  Rae in conversation with Djorna Biwas, narrates his experience as a young immigrant in Germany.

This Intercultural Project has been made possible and supported by 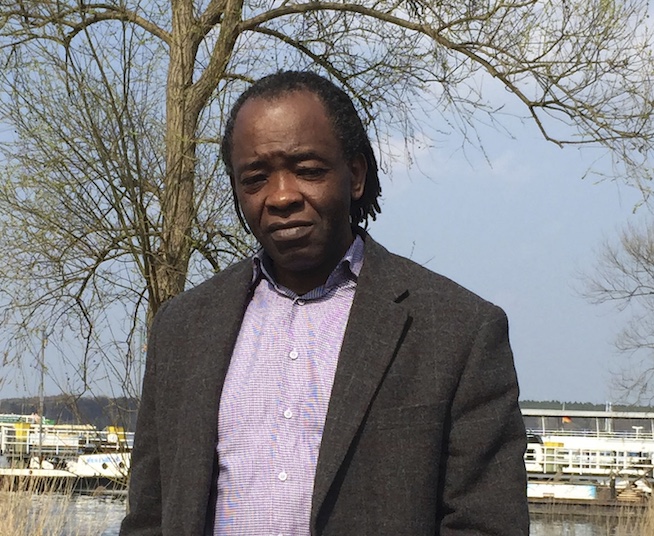