Humanity: A Humane Treatment of all Ukrainian Refugees 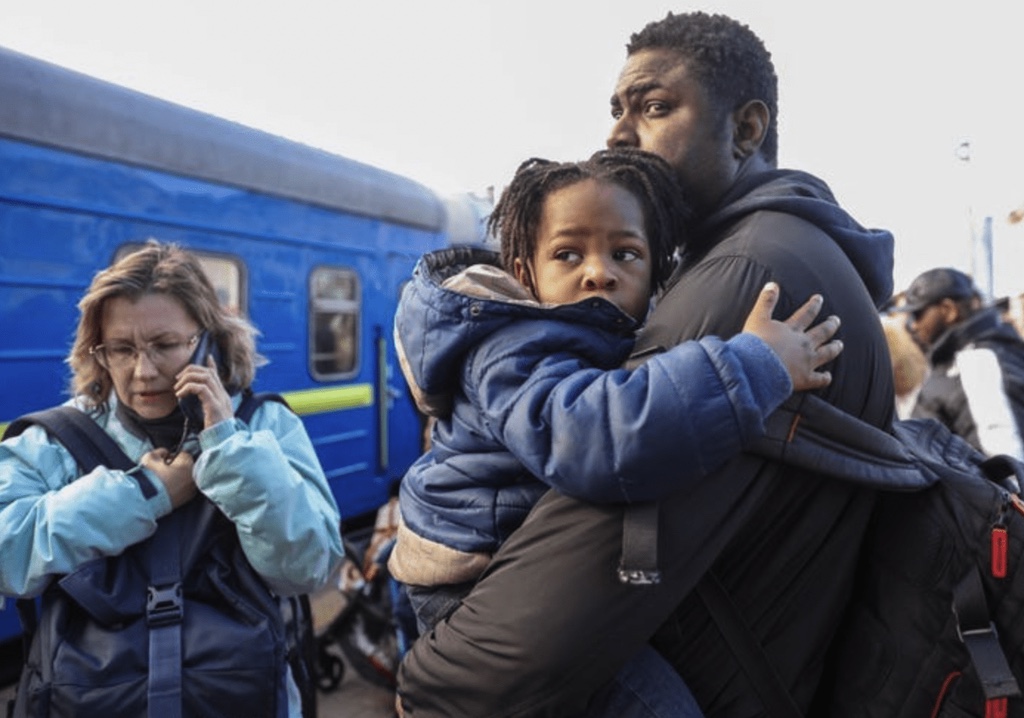 The Black Impact Foundation has called for the immediate cessation of refugee discrimination in Ukraine and will launch a campaign to assist students of color affected by the war and who are facing discrimination.

Goodwill and philanthropic institution, the Black Impact Foundation, in association with the African Energy Chamber, the voice of Africa’s energy industry have denounced all hostile activities in Ukraine following Russia’s invasion of its neighboring country, calling for the fair treatment of Africans, Indians, Arabs and all ethnic minorities who are forced to flee the country.

“We call for the respectful treatment of all refugees and students who are affected by this war. Like all refugees, these people have fled the violence – the conflict – with little more than the clothes on their backs, leaving behind their homes, their possessions, jobs, and loved ones, only to face prejudicial treatment while trying to cross borders into neighboring countries,” Stated Clarence Seedorf, Chairman of the Black Impact Foundation.

The Black Impact Foundation, within the next few days, will launch an initiative to assist approximately 30,000 of the originally 80.000 students of color that have found themselves caught in the middle of the conflict. Responding to reports of mistreatment and favoritism, the foundation has called for the enforcement of fair and humane treatment of all who are fleeing the conflict in Ukraine.

Having already reached an agreement with the Swedish and Indian Business Council for the safe retrieval of 500 African and Indian students who have fled hostile territory in the region, the Black Impact Foundation has mobilized its network and resources on all levels in an effort to assist an additional 30,000 refugees of color and support them in completing their studies. The foundation has also called on assistance from other institutions that may be able to assist in financing and resource supply, shelter and alternatives to finish their studies.

“Standing with Ukrainian refugees must mean standing with all refugees regardless of their ethnic background,” continued Seedorf, “I have been moved by the utmost dedication and humanity that people have shown to those fleeing the conflict, but there is definitely more to be done.” Added Seedorf.

Noting that the abandonment and mistreatment of refugees is in direct violation of global standards of fair treatment, as well as the values and principles of civility, the Black Impact Foundation and the African Energy Chamber have called for solidarity amongst all people of the world, outlining the expectations of countries to facilitate an inclusive and immediate response to refugees fleeing the war.

The escalation of the conflict in Ukraine has caused widespread destruction of infrastructure, forcing millions to flee their homes in search of safety from the war-torn country. With many more refugees expected to flee Ukraine in the coming months, an estimated four million refugees are expected to migrate further west.

“The African Energy Chamber supports this initiative, and we are very grateful to the Black Impact Foundation’s decision to drive this campaign to assist the thousands of refugees of African, Indian and Arabic descent who have been forced to leave their homes. We stand shoulder to shoulder with them” states NJ Ayuk, Executive Chairman of the AEC, adding, “We call on everyone to make this a priority and open their hearts and homes to these vulnerable students. Ukrainian authorities should grant a safe passage for people of color trying to flee the violence and we are committed to working with everyone to bring these young men and women to their countries” Concluded Ayuk

In the words of Nobel laureate, Elie Wiesel “Neutrality helps the oppressor, never the victim. Silence encourages the tormentor, never the tormented. Sometimes we must interfere. When human lives are endangered, when human dignity is in jeopardy, national borders and sensitivities become irrelevant. Wherever men or women are persecuted because of their ethnicity, religion, or political views, that place must—at that moment—become the center of the universe.”

Silence is acceptance; we have heard it before this is the time for everyone to act, bring peace to Ukraine and do the necessary to bring fair treatment and dignity to refugees.