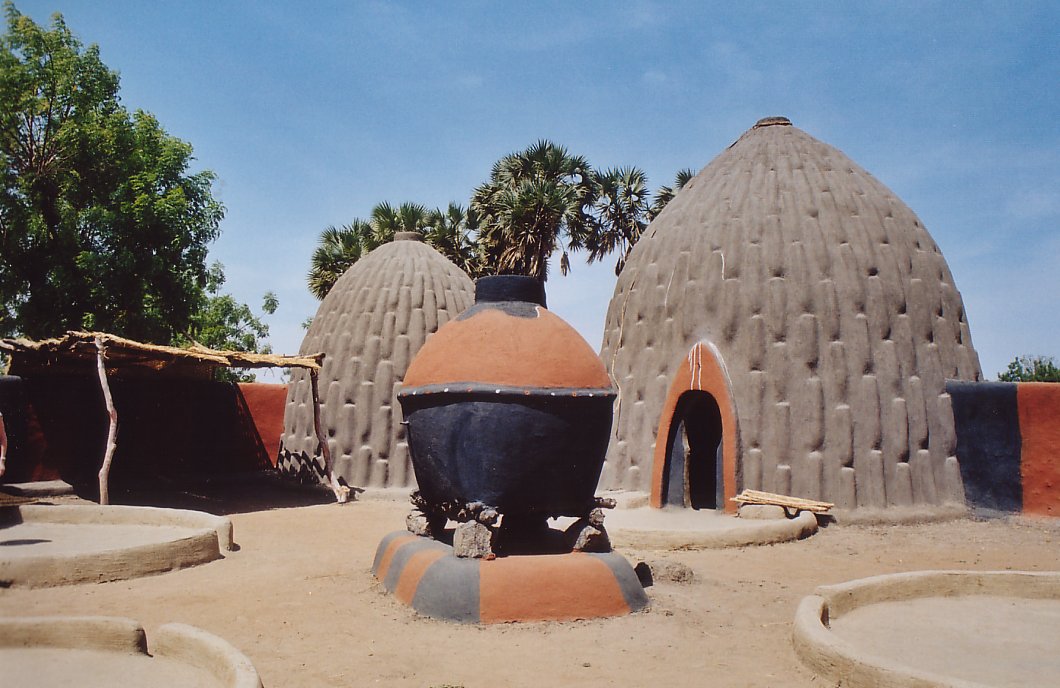 Architectural Designs That Adapts to Environment

Introduction
For the past three centuries the Mousgoum have made their home in the flood plains that straddle the border between northern Cameroon and Chad. The Mousgoum and their celebrated house, referred to in Munjuk as tolek (pl. tolekakay) and are referred to in French as ‘cases obus’ (granate houses), (1) have been known in the West since at least the 1850s, when the German explorer Heinrich Barth journeyed to north and central Africa.

The Mousgoum tolek, a freestanding dome made of clay, was said to have been disappearing as early as the 1930s through the combination of forced labor under French colonialism, Mousgoum emigration, changes in societal structures, illness, and death. Tourism played a vital role in the regained popularity of the dwellings since the 1990’s. Furthermore it has been argued that Mousgoum architecture has been preserved is the clear visual distinctive differences with the Western architecture. In that sense the Mousgoum dwellings went “from house to indigenous monument and tourist attraction.” (Source: Nelson, 2007). The American development agency USAID has invested in Mousgoum villages for touristic purposes. The Mousgoum dwelling embodies the ethnic manifestation of the teleuk’s. It is a repository of cultural memory and pride that once seemed to have vanished. The main reason for the rise in Mousgoum dwellings seems to be restoration of the cultural past. 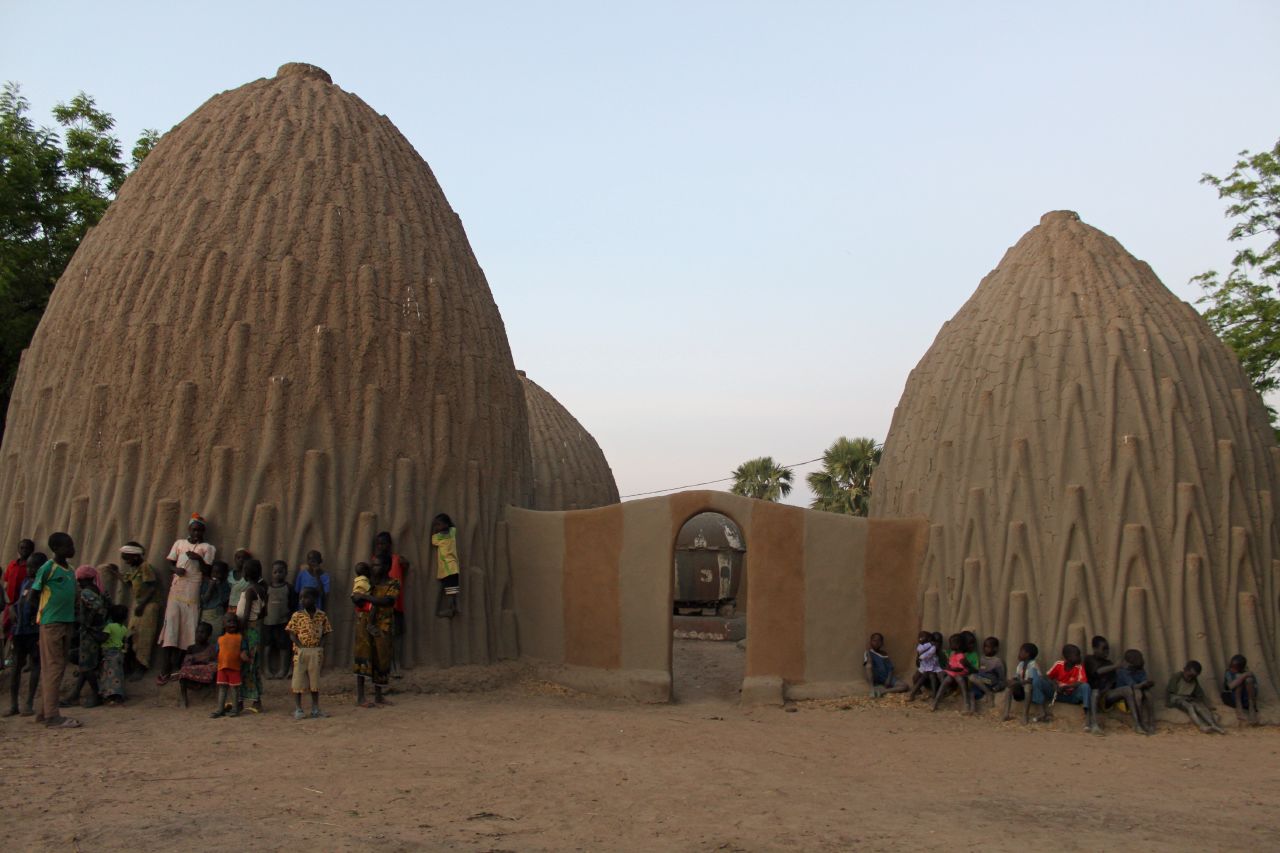 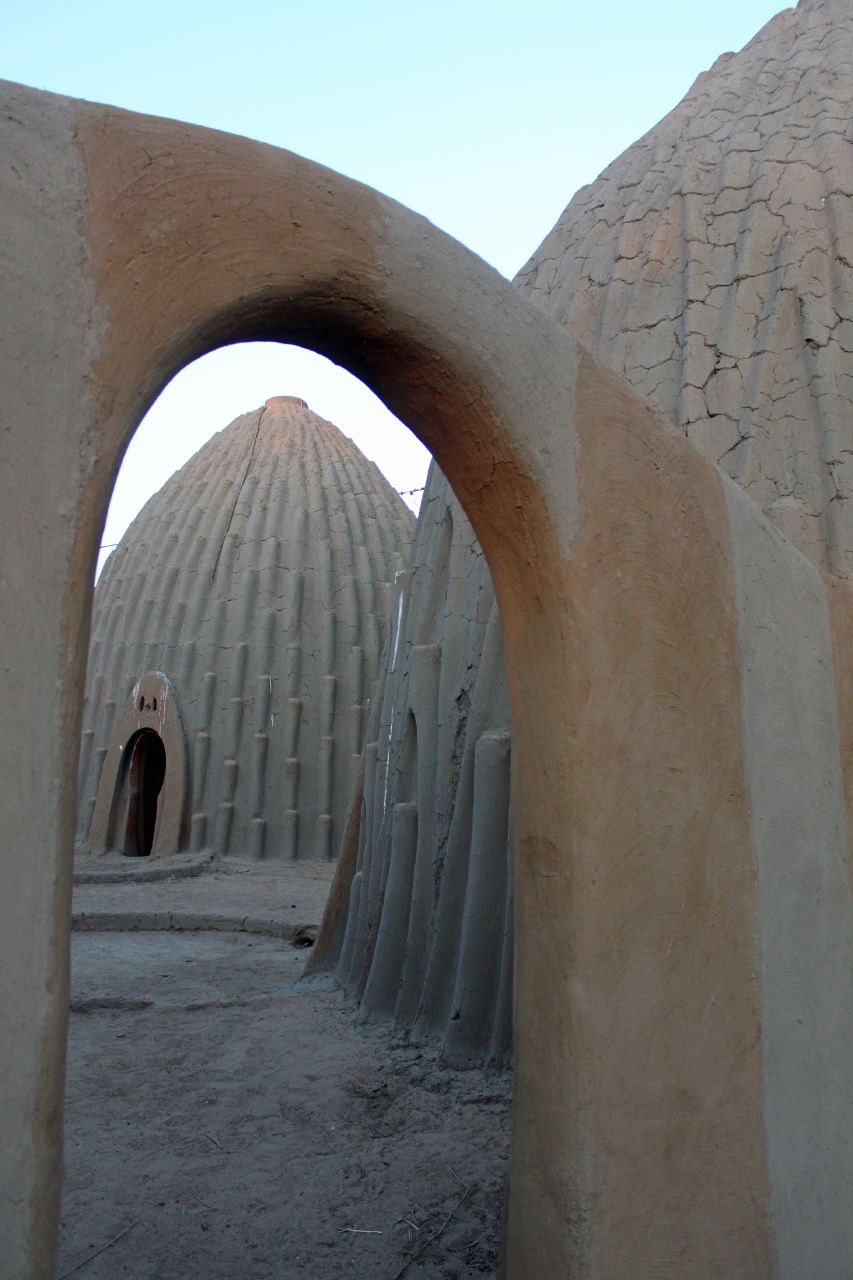 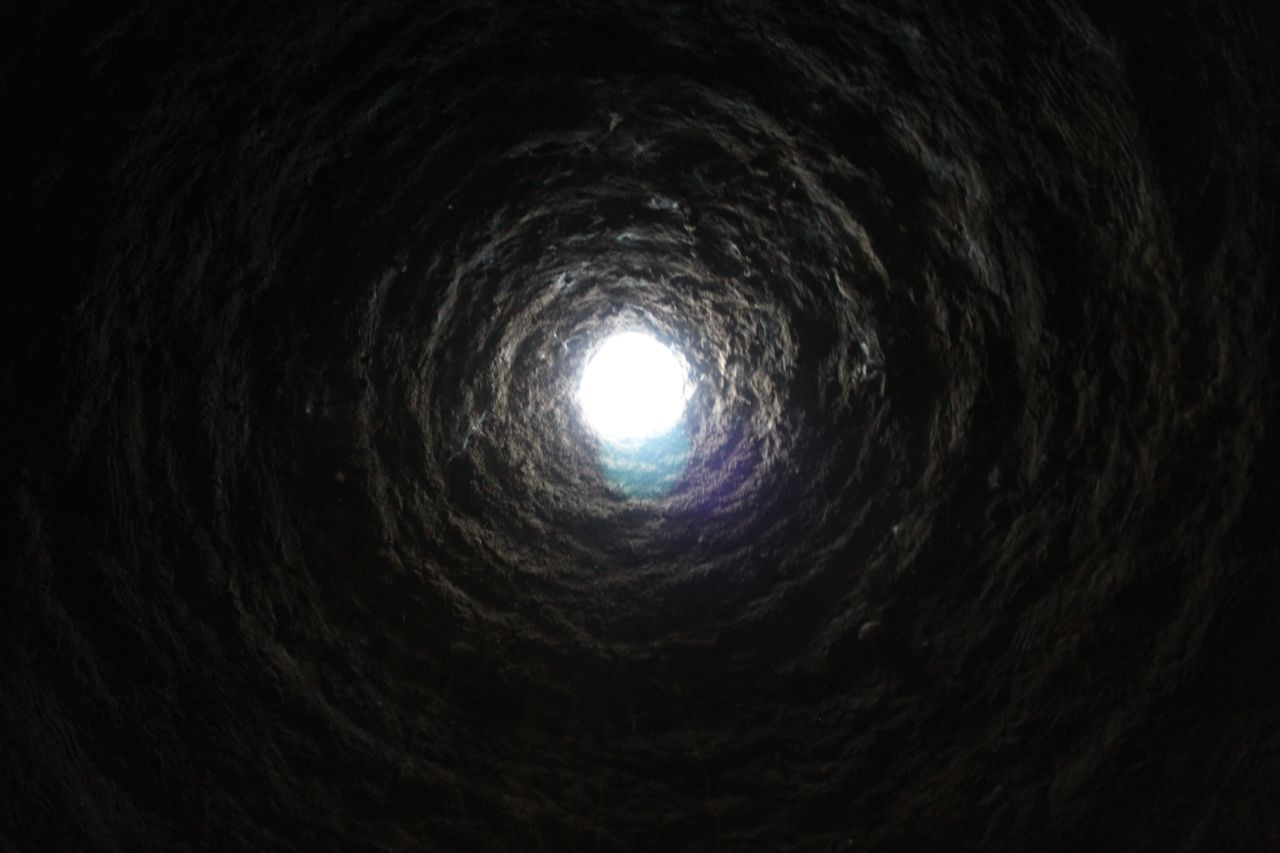 Traditionally, the Mousgoum homes have a vernacular design in which the husbands unit is centrally located in the dome and the wives’ occupy units around the husbands’. This architectural form is the result of the aims and desire of the unified group (Source: Obot, 2007). The tolekakay are grouped in a circle which can consists of up to fifteen huts. A branch wall around the huts indicates that these houses all belong to one family. Not all huts do have the same size, Traditionally the bigger huts were used for livestock. The place between the huts had a defined zoned purposes, such as a zone for cattle, a playground zone and a zone meant for family councils.

The Mousgoum buildings are an example of cob buildings and feature geometrical raised patterns. The architecture of Mousgoum houses follow the shape of a shell. The doorway is heavenly framed and really marks the entrance. The construction of Mousgoum houses is very solid, even though they have no foundation. Thicker walls at the base and thinner walls at the top of the construction enhance its strength. The top of the houses have an opening to allow for air circulation. The structure is highly textured, which allows for individualization of the surface. Moreover these veins also have a drainage function. The Mousgoum structures require frequent maintenance of the coating, here the veins help the people to climb on top of the house. Traditionally, women were in charge of the maintenance of the huts

The Mousgoum dwellings are located in the plains of Camroon and Chad, where wood and stone lack availability in the direct environment. Direct shaping makes use of plastic earth and does not require a mold or formwork. Plastic earth is shaped, as a potter would do it. The quality of the soil, its preparation and the water consistency are known only to the builders. This technique presents the advantage to use minimal and very simple tools, and to use a minimum of labor which is necessarily skilled. This technique allows very fluid architecture with a great variety. The limitation of this technique is mostly the know-how for the soil quality and controlling the shrinkage when the wall dries. Furthermore it’s a time intensive process and building these dwellings can take up to six months. Unfortunately most of this knowledge has been lost over the years with the mirage of “Modern Development”.

This technique has been and is still used a lot in Africa, in the Sahel as well as in equatorial regions. Beautiful examples can be seen in Cameroon where shaped earth has been used for houses and granaries. Natural stabilizers have been use traditionally in countries like Nigeria and Ghana. An example of mud houses very similar to the Mousgoum dwellings is the Bhungas in the area of Kutch (Gujarat) in North-West India. The walls at the inside of these dome houses are decorated with little mirrors and is occupies by a united-family unit.

The thick mud walls make the surface less penetrative for the heat. The use of thick clay walls do not only keeps the house cool it also releases low CO2 levels. 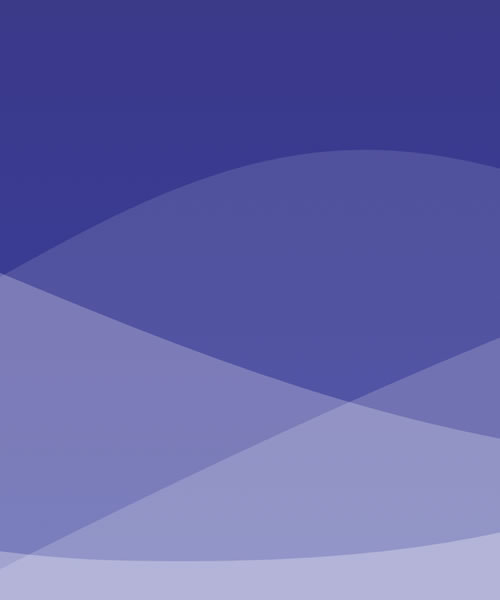