With the energy transition underway, the global community is progressively making the move from fossil-based energy sources towards a zero-carbon emission future. The last year has proven to be quite interesting for the global oil and power sectors, particularly as the spotlight on renewable and alternative energy and its impacts on economic growth and development continues to brighten.

In most of the recent conferences the Bambili Group attended in 2019 and participated in, we noticed there were more panel discussions on renewable energy and its potential to transform energy economies. These discussions covered key aspects of the clean energy value chain, including project funding, development, enabling policy frameworks and challenges in this transition, signaling a uniform global shift towards renewable and alternative energies.

Beyond the United States, Canada and some western European countries like Sweden and Germany, the last few years have seen escalated activity in the renewable and alternative energy space, mostly in Asia, with China and Japan leading the way in the automotive fuel cell sector. Some standout examples include the Re-Fire Technology in Shanghai, Horizon Fuel Cell Technology in Singapore and Ballard Power System in Shandong making some of the first moves in the deployment of hydrogen powered trucks and buses for commercial use. China, meanwhile, is rapidly becoming a world leader in the transition away from fossil-fuel powered transport.

The general view from some of the conferences last year with a renewable energy focus was that innovative financial funding models would be the option going forward to deal with the challenging funding issues in the fuel cell sector.

In China, we noticed that most of the renewable energy companies at start-up stages tended to have government presence either at municipal or state levels as equity partners. This equity presence was crucial at these stages due to the capital-intensive nature of the businesses at start-up as a result of the absence of funding at that level. Thus, confirming that public-private sector collaboration is required if developments in the renewable energy sector are going to scale up in emerging economies with limited access to angel or qualitative venture funding.

Encouraging the pace of the transition in China is its need to accelerate the deep decarbonization process, given its air quality challenges attributable to the massive use of coal in its industrial sector, which is responsible for over 65% of the nation’s consumption and over 70% of its carbon emissions.

In tune with this, Japan has also been very active on its mission to implement a clean and sustainable energy future as a means to reduce its dependency on nuclear energy. In achieving this, a number of private sector companies and government have furthered their commitments to hydrogen and fuel cells. The nation has set its vision on the latter being a source that will allow it to diversify and strengthen its energy infrastructure. Recently, in a move to study and expand fuel cell vehicle technology, Honda and Isuzu Motors signed an agreement to conduct joint research on fuel-cell powered heavy-trucks.

The complimentary two-year collaboration will see Isuzu utilize its expertise in the development of heavy-duty trucks and Honda’s in the development of fuel cell systems, allowing the Japanese manufacturers to prepare the technology for use in a wider range of vehicles. This is on the backdrop of seemly collaboration by fuel cell technology company PowerCell Sweden AB, with Swedish truck manufacturer Scania, and the truck superstructure company JOAB, where they built an electric refuse truck, where both the propulsion and compactor ran on electricity produced by fuel cells. The project was granted funding by the Swedish Energy Agency.

South Korea, Malaysia and India are also gradually beginning to embrace renewable energy as a complimentary source in their energy mix with major benefits such as long-term cost effectiveness and accessibility being massive draw cards.

The Energy Transition in Africa

Africa is also seeing an increased undertaking of renewable and alternative energy sources, specifically in the solar photovoltaic (PV) sector, where it boasts over 1.4GW of new installations, a significant leap from the 786 MW brought online in 2017.

In 2018, the International Renewable Energy Agency recorded a combined installed PV capacity of 1,067 MW in South Africa, Kenya, Egypt, Namibia and Ghana naming these countries the fastest growing PV markets on the continent. On a particular note, recently in South Africa, beer maker, South African Breweries and its parent company AB InBev Africa decided to have solar facilities at its breweries across South Africa which will partially power each facility. According to press reports, the intention is to ensure that by 2025 100% of its electricity use will come from renewable energy sources as part of its global renewable energy commitment.

Notwithstanding the presence of renewable and alternative energy, particularly fuel cell as an alternative source of energy supply, its adoption has been hampered by the initial intensive capital requirements on start-up and, the prohibitive nature of hydrogen in its huge transportation and storage costs in most parts of the world, though readily available.

In South Africa the government has identified renewable energy as an important sector in its new industrialization campaign as it aims to spur growth in the local economy. It has put in place programs through the Department of Trade and Industry to facilitate the adoption by potential manufacturers and end-users of the various energy mix, PV or fuel cell system. Some of these include rebates, and tax incentives amongst others. This is to compliment the increasing countrywide energy shortages due to capacity challenges state-owned Eskom, the country’s primary electricity supplier, is currently facing.

Naturally, it is difficult to predict what 2020 will hold for the power sector, more specifically the renewable and alternative energy sector, however, notwithstanding the unsettling geo-political posturing in the middle east, and uncertainty of the global impact from the US – China trade impasse, we believe that the move towards adopting renewable and alternative energy is irreversible, and with innovation, the cost of adoption will keep declining. According to industry experts, positive issues like performance, cost reduction, and sustainability will have a big impact on the industry this year, and particularly so in the automotive industry. 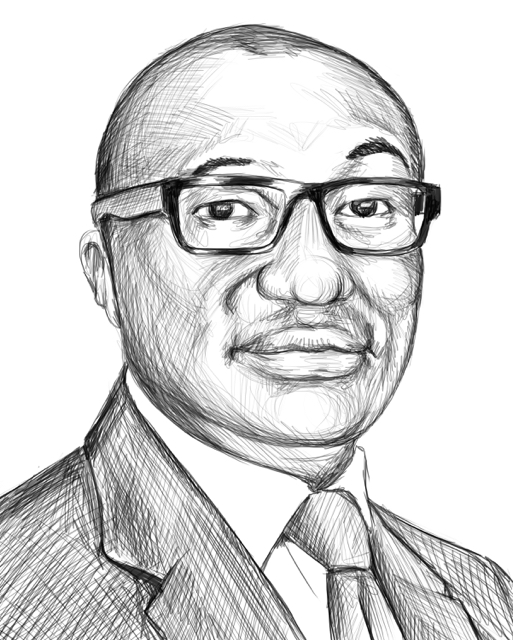 Managing Director at Bambili Group, Nyonga’s career spans over 20 years in international capital markets, during which he has been involved in all aspects of private equity investing including mergers and acquisitions, leveraged finance and general management.