Pierre-Claver Akendengué – musician, psychologist, theologian, educator a.o. – is without doubt one of the most brilliant singer-songwriters from the African continent, of the status of Francis Bebey, whose very politically conscious texts have inspired generations of people in their conceptions of freedom and dignity, and a generation of conscious artists like Donny Elwood a.o.
The way he integrates folktales in his music is beautiful… reminiscent of the great Amos Tutuola and with a similar moral and humour (this is one of my favorites ironically titled Bonne Modernité that covers tackles the slave trade and colonial enterprise: 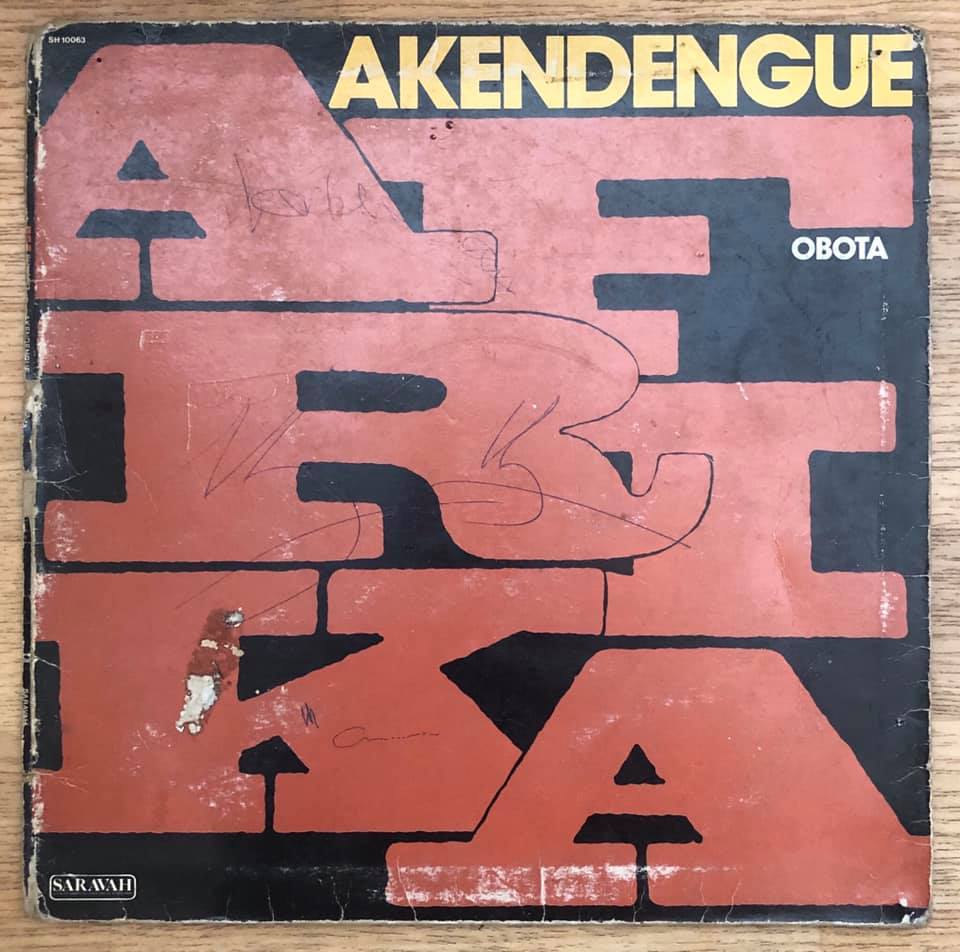 The Album I am presenting is Pierre Akendengue’s 2nd album released in 1976 “Afrika Obota” proclaiming the pride and honours, but also identity and national difficulties in Africa. There is a great double album of his 1st and 2nd albums “Nandipo / Afrika Obota” that came out in 1991. Listen to the whole thing here… note the gentleness in the guitar and the voice in the ouverture as it gears towards the accompanying voices doing the roll call of nation states in parallel to the repeated chants “Afrika, Afrika, Afrika” as a kind of convocation. In the song “Negro” one can hear at the very beginning a sonic reference to The Rolling Stones’ “Paint it Black.” Here again lead singer, the choir, the drums, guitar and gentle whispers of the synthesizer are in harmony and generously spacious. It is an anthem of blackness that pleads for a common fight and solidarity. And my definite favorite on the album, a perfect side B piece is “Orema ka-ka-ka” with groovy horns, flutes, piano and more. 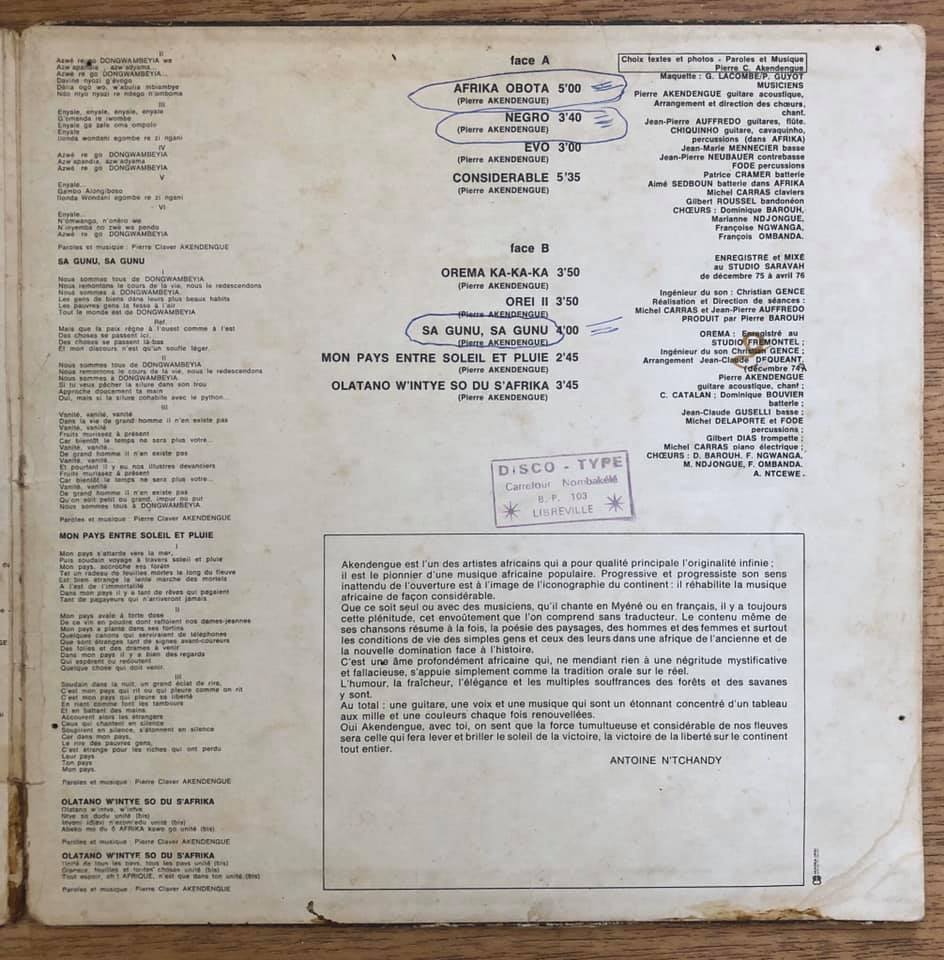 In his early albums he worked with some great musicians like Brazilian percussionist Naná Vasconcelos or French singer Pierre Barouh a.o. His music is deeply rooted in the Myene tradition, but flirts with French Chanson, Afro-Cuban and Afro-Brazilian vibes. Akendengue is a poet and wonderful storyteller in the tradition of the fireside storytellers… listen to Oreyi II and you find yourself in a completely different world. Nkwah leu’eh! Len’ Kwah!
Ps. Brilliant typeface and graphic design. 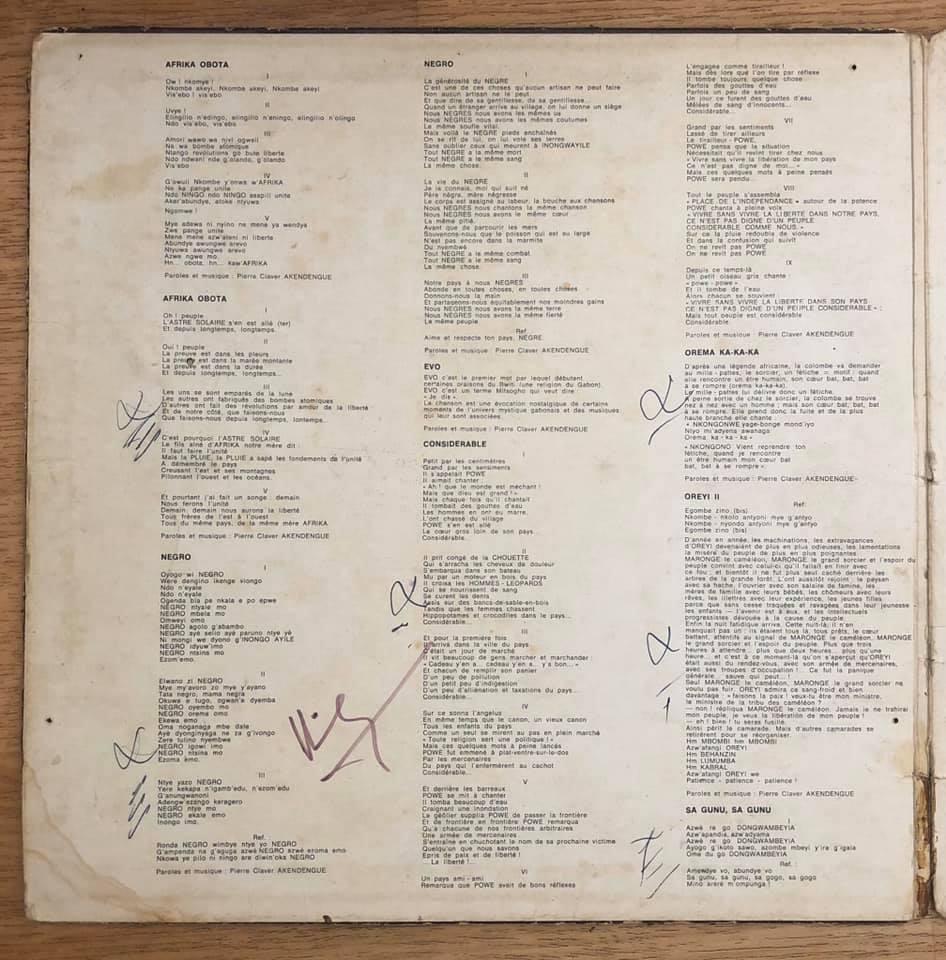 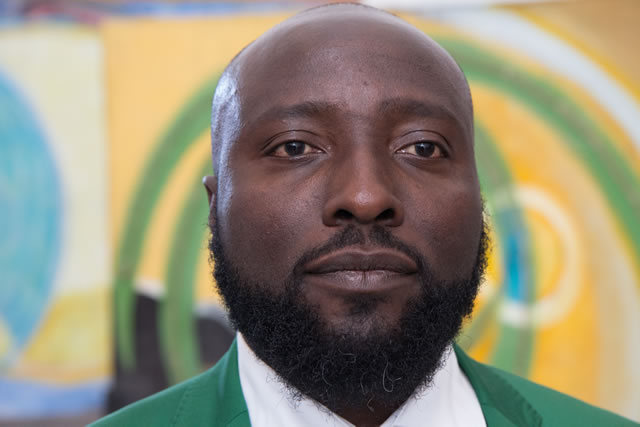